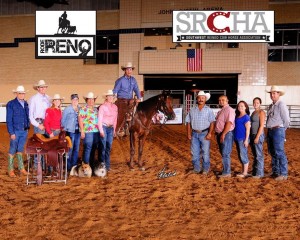 Article as written in the Quarter Horse News

Reined Cow Horse competitors loaded up their horses and headed to Fort Worth, Texas, to the Southwest Reined Cow Horse (SRCHA) Rode To Reno, held Aug. 13-16. The event was the debut for futurity horses and attracted many talented derby horses, as well. During Saturday night’s Futurity Open fence work portion, 48 horse-and-rider teams vied for top honors, however, it was Shiney Sparklette and Chris Dawson who bested the competition.

Dawson and the Carol Rose-bred mare (Shining Spark x Docs Sulena x Doc O’Lena) scored a 144 in the herd work on Thursday, Aug. 13, to tie for the sixth place position headed into the rein work. During the rein work portion, Dawson and Shiney Sparklette made up some ground when they scored a 146.5, moving them into the No. 3 slot.

Dawson complimented Shiney Sparklette on having a great fence-run and said it was the mare’s best event out of the three. The judges liked what they saw and rewarded the duo with a score of 147, giving them a 436.5 composite. The duo garnered a $7,500 paycheck for owners Carol Rose and Dickson and Tricia Varner, of Gainesville, Texas. 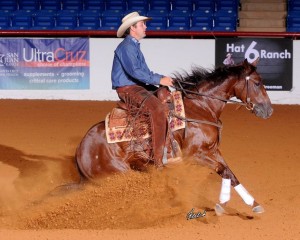 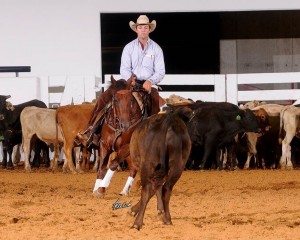 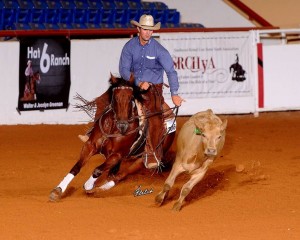